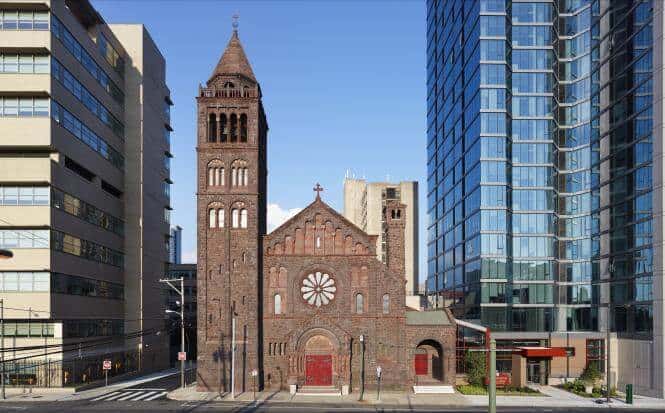 Attending to the Business of the Church

An audience response system enables the Episcopal Diocese of Pennsylvania to vote on annual meeting measures in a fraction of the time the scantron systems used to take.

Time isn’t necessarily money when it comes to the business of the church, but neither is time something to be wasted. And for the Episcopal Diocese of Pennsylvania, the oldest of the Episcopal Diocese in the United States, the business of electing lay and clergy members to serve on its various boards was simply taking too much time at its annual convention. Voting on single ballot question—who among the lay members and who among the clergy would sit on the Board of Trustees, for example—could take 45 minutes or more, even though the Diocese had been using a scantron system for several years. More problematically, it was not unusual for such a question to require multiple ballots before being settled.

How to Improve on Existing Voting System

“At a typical convention,” says Jeremiah Mustered, Executive Assistant to the Bishop of the Episcopal Diocese of Pennsylvania, “a few elections will require three to four ballots; five ballots are not unheard of. I think seven is the record in recent years.”

You don’t have to be an Episcopalian to do the math. At 45 minutes per ballot, 4 ballots would consume 3 hours of convention time. That series of ballots would routinely resolve only one electoral question, too. If another electoral question—who would represent the lay community and the clergy on the Standing Committee—were to require as many ballots, another three hours of contention time would soon be gone.

To accelerate the process without compromising the process, the Diocese began to explore the possibility of adopting an audience response system for real-time voting on the convention floor.

The number of lay and clergy members eligible to cast ballots to fill the seats on the Diocese’s boards is not terribly large—perhaps as many as 600 individuals, representing both the clergy and the members of 130 churches in the five counties comprising metropolitan Philadelphia. The process of voting, though, presents challenges.

But lay members and clergy members reach agreement upon the composition of each board according to a procedure known as Vote by Orders, which is codified in the Constitution and Canons of the General Convention of the Episcopal Church. The lay and clergy votes are counted separately, and the votes continue through several ballots until the collection of individuals on the slate receives more than 50% of the lay vote and more than 50% of the clergy vote. Unless both voting thresholds are met, the slate of prospective representatives is revised and another vote takes place.

“The scantron was reliable but very slow,” says Mustered. “It would take 30 minutes to scan the votes and another 15 for the judges to review and validate the results—and that was if there were no complications. If there were complications, if a sheet was not scanned properly and the judges had to review it to see if they could determine the voter’s intent, that could delay presentation of the results considerably.”

Mustered led the Diocese’s investigation into an electronic voting system that could accelerate the voting process. The Diocese had several requirements: It was looking for a complete wireless solution rather than one that assumed users would engage with their own phones or tablets. The system needed to be able to support at least 600 simultaneous users, and it needed to be easy to set up and use. It also had to be within the Diocese’s limited budget.

In the EZ-VOTE solution from Meridia Interactive, the Diocese found everything it was looking for.

“We have Wi-Fi in the cathedral where our meetings take place,” says Mustered, “but since we live-stream our meeting we did not want to worry about adding another 600 devices to our network so that people could vote on their phones. Meridia’s wireless system provides better connectivity for voting, and it’s easy to connect 600 keypads.”

As for the cost? About as much as the Diocese had been paying for the scantrons. “The cost of the scantrons had continued to go up,” Mustered recalls, “so the price we paid for EZ-VOTE that first year was about the same as we had paid for the scantrons the last year we had used them.”

Yet the experience of using EZ-VOTE and the scantrons could not be more distinct. Because everyone voting on a ballot could vote simultaneously and from where they were seated at the time (there was no need to line up and feed ballots into the scantron machines), Mustered and the election judges can have accurate ballot results in hand within seconds of the conclusion of a vote. They then take those results and pour them into a PowerPoint slide that they have formatted to resemble the results page that attendees had traditionally seen after all the scantron votes had been tallied.

“We’ve taken what had been a 45-minute process and reduced it to 10 minutes,” says Mustered. “We probably could deliver the results in five minutes rather than 10, but taking an extra five minutes gives everyone a chance to take a breath. It puts peoples’ minds at ease to know that the results have been thoroughly reviewed.”

Scroll back to top
Shopping Cart
There are no products in the cart!
Continue Shopping
0