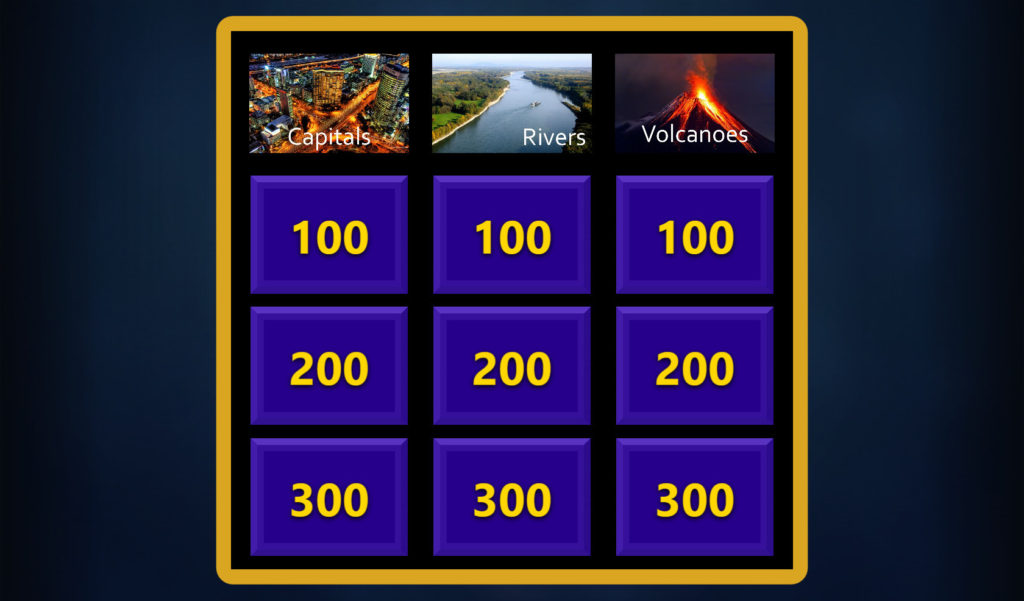 When you’re planning the interactive quiz show part of an annual social gathering that will involve more than 1,300 women ranging in age from their early 20s to their late 70s, it’s tough to find something that will entertain and engage everyone.

Music? Hard to find something that will appeal to people across that many generations. A talent show? Same thing. What about an interactive quiz show? That would have something for everyone.

That was the decision at which R. Wachsman arrived when planning the entertainment for a gathering of her large religious congregation in New York in 2019. The question to which that decision gave rise, though, was how best to involve this audience of 1,300 participants. Mrs. Wachsman had seen quiz shows go awry in the past when they depended on the participation of volunteers. Who would want to volunteer to give an answer that could get them laughed at—even though laughing at wrong answers is part of the fun of such a game? It didn’t take long, though, for a solution to this challenge to click into place: Audience Response Clickers.

Mrs. Wachsman would run the quiz show using audience response system (ARS) clickers. That way, everyone could participate—and not just by watching a handful of people on stage struggle to answer trivia questions. By providing everyone in the audience with a clicker, everyone could vote on the answer to the questions, which not only presented an opportunity to create answers that were wildly—and humorously—wrong but also presented an opportunity to see how many people actually voted for the wrong answer, which was even more humorous. At the same time, everyone could participate anonymously, so no one would be reluctant to answer a question. There was no risk of embarrassment because no one would know who selected the wrong answers.

Mrs. Wachsman was familiar with one ARS vendor near her home, but she soon discovered that that company’s system would not be able to support the 1,300 participants she was expecting. A search of alternatives brought Meridia Interactive to her attention, and the EZ-VOTE solution seemed tailor-made for the gathering she wanted to create. With EZ-VOTE she could create a slide show with the quiz questions and answers—which would be ideal, as a slide projected on a large screen would enable all the participants to see the options. EZ-VOTE could easily accommodate 1,300 clickers, and the clickers themselves were intuitive enough for people who were not otherwise comfortable using technology.

Easy and Fun Participation for All Ages

“A lot of the younger women are technologically sophisticated,” says Mrs. Wachsman, “but many of the women in the crowd were in their 60s and 70s. They felt, well, technologically stimulated. Using a clicker was new to them, but they quickly realized that it’s not that complicated. All they had to do was push a button. It only took a moment for them to get it—and then they realized that this was going to be a fun game.”

And fun it definitely was. “We had a potpourri of questions prepared,” says Mrs. Wachsman, “and they covered all kinds of things. Many questions were accompanied by pictures or video clips that we could show on the screen and that were funny in their own right. The questions were fun and exciting, and they got everyone voting and guessing. The crowd roared with laughter whenever we posted the questions and answers. It was a great way to engage everyone.”

“I don’t think there’s another way we could have actively engaged everyone who was there” Mrs. Wachsman goes on to say. “We really had 100% participation. It was very simple, but very engaging and a lot of fun. Any other game we might have tried to play probably would have left out part of the audience—and we really wanted everyone to be able to participate and have fun. The clickers made that possible.