Send me Pricing and Info

E-Voting System in Town, City, County, Board, and Council Meetings

Small and medium governments across the U.S. and the world have embraced a new, secure and convenient way to vote electronically in their legislative meetings. Whether it’s in person, over Zoom, Microsoft Teams, WebEx, or a hybrid combination of in-person and virtual, Meridia provides a solution that just works, is secure, and intuitive.

City Council Boards small and large have to vote on everyday issues that each town faces. Using the Meridia e-voting system clickers, they can securely cast their vote and get it on the record immediately.

The TownVOTE software uses a clear and easy-to-understand voting grid format that shows in real time whether each member voted, or it can be set up to show how each member voted after the vote is closed.

Ever since Meridia’s TownVOTE voting system replaced the hand and voice votes, when we livestream our business meeting, it makes it easy for councilors, staff and any members of the public to see and understand exactly how a councilor has voted and exactly what they are voting on. It adds so much clarity to the meetings, and it saves a lot of time over any voting confusion. The audience is especially pleased about the added accessibility features.

What do Clerks Say About TownVOTE

Our first time using an electronic voting system was awesome! Everyone loved the clickers; it's the talk of the town! 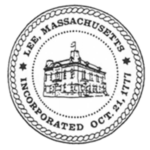 We are a representative government, so we show how each representative voted instantly after the vote is closed, which saves a lot of time manually counting each vote. We also no longer have to vote for "Yea" and "Nay" separately. Our constituents like that they can see (in-person or over Zoom/broadcast) how their rep voted and whether they represent them well.

Owner of a 400-keypad system

At my last town meeting, the clickers saved me. We had many motions with a 2/3 majority. With the TownVOTE system, it was calculated instantly even with over 1,000 people. In the past, these kinds of meetings would spill into many hours. 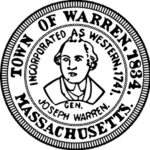 Everything at our first town meeting with the electronic voting system went great.  Everyone liked seeing the results immediately.  Having the clickers cut off at least an hour of the meeting.

Overwhelmingly, Seekonk voters loved the voting devices!!! Positive comments have been coming in all day. Voters especially liked being able to vote anonymously. One resident said that our first town meeting with the clickers was the best and most productive in 50 years he's been coming to them.

Owner of a 800-keypad system

Nicely done – you are providing Massachusetts voters, young and old, with the technology that makes our town government even more successful ~ thank you!

Everybody thought the clickers were great. The indoor and outdoor votes were captured simultaneously and tallied in seconds—which wouldn’t have been possible if we had been voting in a traditional manner.

The value of EZ-VOTE was evident immediately. Everyone in town knew how long votes usually took, but with EZ-VOTE we had a complete and accurate vote count in, literally, 30 seconds. And even when the vote was close there was no question about its accuracy. There were no calls for hand recounts that could have taken half an hour to complete.

Owner of a 750-keypad system

In the past, counting hands or colored cards took time. If there was a close vote or a contested vote that demanded a recount or prompted a call for an actual paper ballot, that could easily take 20 minutes or more per vote. With the wireless clickers and EZ-VOTE, the votes could be captured, counted, and presented in seconds. The numbers were exact, and there was no question about how things were decided.

Owner of a 450-keypad system

The first time people used Meridia’s EZ-VOTE system in a town meeting, they go so excited. They were thrilled with the remotes. They were simple to use. People could see the questions on the screen in the front of the room and knew which button to push to cast their vote. The pressure was gone, and people could vote the way they wanted to—and then they could see the results on the screen in seconds.

Owner of a 720-keypad system

From the perspective of the people trying the systems, it came down to the keypads. Everyone preferred the keypad from Meridia Interactive, which has a screen that confirms both how you voted and confirms that your vote was counted. The other ARS system keypad didn't have a screen and didn't provide this feedback, which was very important to our residents. They really wanted to know that the system was accurately capturing their votes.

We could not be more happy with the purchase of our new Meridia software and keypads. We needed something fast and reliable for our first ever outdoor Town Meeting. Every step of the process with Meridia was exceptional. From the set up, to the customer service, to the product itself was so easy and user friendly! I would absolutely recommend Meridia.

We designed TownVOTE with you in mind. In fact, many Town Clerks’ thoughts and feedback went into designing it to what it is today.

We always listened to our clients and made sure that their feedback is heard and implemented as soon as possible.

Send me Pricing and Info

Why pay an expensive annual subscription?

We will advise on the best transition and use of the new system, provide one-on-one online training and continue to support you and your staff along the way.

Contact us to have a better experience, better support and better meetings.

Everyone taking part in a council meeting needs to do their part in ensuring that the voting is secure, accountable and accurate.
Our highly-secure system does not have to be connected to the internet to work and can be configured to your needs, thus it cannot be accessed from the outside and can accommodate your specific event. You should know how to make sure that the vote happens in a secure environment.

Visit our Electronic Voting Security page for full details. Here are a few highlights on how to make the meeting and especially the voting as secure as possible.

What You Need to Know

We recommend that you create a Checklist of things you need to do before each meeting and that you designate staff that will be responsible for each element/task. You can base your version of the Checklist on ours – find it in the Knowledge Base.

During the Council Meeting of City of Wellington in New Zealand, the items being voted on come up quick and they need to record the vote just as fast.

Wellington’s Democracy Advisor, Hedi Mueller says: “In the past, it wasn’t clear which clause the councilors were voting on, and it was difficult for the public to see and understand exactly how a member of the council has voted.” Now, the visual record of each vote and related reporting is immediately available to the Town Clerk and if needed, to the public, too.

Sometimes the councilors move multiple amendments so the TownVOTE software operator has to enter everything on the fly and quickly get back to the vote to continue the session. “To be able to prepare the entire agenda ahead of time, but also have the ability to enter any motion or amendment ad-hoc saves us a lot of headaches, and the visual clarity of each vote prevents any confusion and lost time” says Mueller.

To prevent ‘herd mentality‘, Wellington Council chooses to anonymize the votes during the vote, but shows how each person voted automatically after the vote closes.

The public watching the meeting session on Zoom can instantly see who is voting and what their vote is, since the TownVOTE software seamlessly integrates into their computer and audio-visual system.

With the latest update, TownVOTE users can enable “high-contrast” mode so that the display is more accessible to people with color-blindness. The display can also be customized to show bigger visual elements, so that when it’s integrated with the A/V system and/or the Zoom broadcast, public can clearly see what’s being discussed, who voted, and how.

TownVOTE features an adjustable-size voting grid and indication of each vote, so the council members know that their votes have been counted.

Article/Motion summary as well as the Pass/Fail status of each vote is shown for everyone to see, providing clear view and complete transparency to your voting process.

Reports consist of raw data in Excel format and actual, indisputable screenshots of what the voting grid looked like when polling was closed.

You have full control over whether to show the vote’s progress in real-time, or only at the end of the vote to prevent ‘herd mentality‘.

User can pre-enter the questions based on the current agenda and simply call them up in the order they were entered, or easily skip around in any order that becomes necessary.

If a motion is entered from the floor, or an amendment needs to be entered ad-hoc, just duplicate any existing topic or enter a new one in just two clicks and go right back to voting.

Choose your clicker based on battery life, size, display or range.