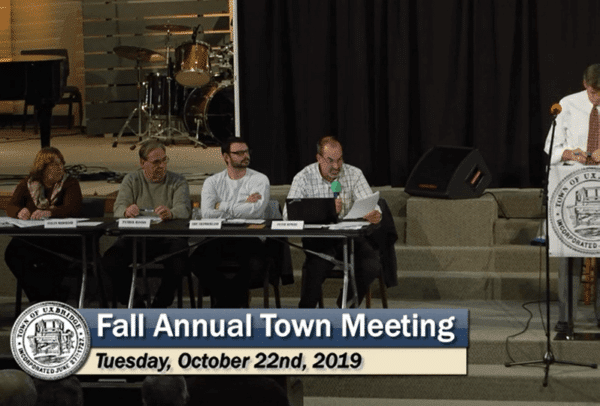 Taming the Vote at Town Meeting

The classic New England Town Hall Meeting vote involves a show of colored cards to indicate a vote for or against a given motion. It’s a reminder of our nation’s history, and in the best of times it can bring the community together – literally – to work on a common purpose.

Responding to a Changing Environment

When times are more contentious, though, Town Meeting can bring people together only to push them further apart.

Meridia Interactive has recently completed a case study of the Town of Uxbridge, Massachusetts, which, after 16 years of contentious Town Meetings over whether to build a new high school, replaced its tradition of colored cards with an electronic voting system that enabled residents to cast their votes immediately and anonymously. The benefits of doing so were numerous:

Read the full Case Study (and watch the electronic voting system in the included video) on how Uxbridge brought a town hall meeting vote to the 21st century.

Scroll back to top
Shopping Cart
There are no products in the cart!
Continue Shopping
0