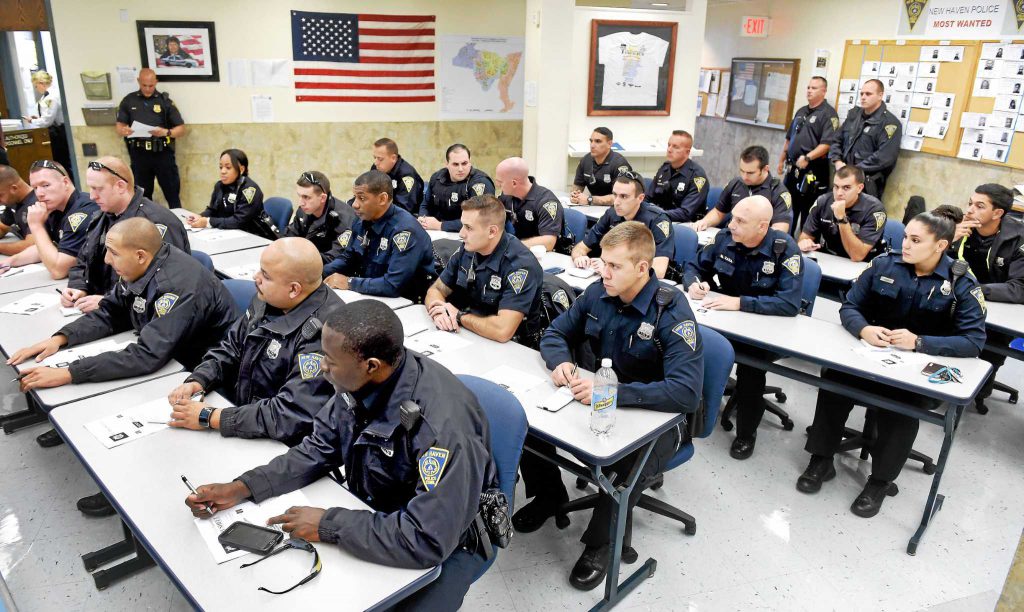 Accountability, accuracy, and attention to detail are all components that make up a great police training program. Trainers need to be able to continuously evaluate and track the progress of their trainees, where likewise trainees need instantaneous feedback on their proficiency during every step of the process. Furthermore, trainees want to feel like their training matters; Nobody wants to simply “go through the motions” when effective training can make all the difference in a high-stress scenario.  With the use of audience response clickers and software, trainers can increase interactivity during sessions while monitoring performance in real-time with automatic recordkeeping.

Audience response systems can be integrated into officer testing and training, providing a comprehensive system that makes administrative tasks a breeze. Trainers have been adopting the audience response keypads to record attendance of their trainees more efficiently and accurately than with traditional paper-and-pencil. “If you’re trying to certify six or eight hours of training, it gives you the ability to timestamp everybody to take attendance, and creates a record. That becomes important in big agencies where you might be doing in-service training classes of fifty officers at a time.” – Bob Stewart. (Bobcat Training and Consulting) The keypads work similarly during testing, where trainers can keep a record of who passed and who failed with a simple button press. Keeping an automatic record allows officers to skip the formalities and focus on the bigger priorities of effective training and education.

Integrating audience response systems into training simulation gives trainers more tools to easily make judgements and decisions to track the officers’ proficiency. Trainers can actively monitor the progress of their trainees and reduce the educational learning curve through periodic quizzing with the keypads. This ensures both that learning is taking place and indicates whether or not more complex issues are fully understood, which is crucial for new officers and their learning trajectory. During training simulations, officers often are asked to make judgements based on a series of pictures or a rolling video. These types of judgements can include shoot-don’t-shoot scenarios, as well as judgements about whether or not individuals are holding guns. The Timeline feature of EZ-VOTE Connect Suite allows trainers to see not only what judgement an officer made, but how long it took for them to make it. EZ-VOTE automatically records the amount of time taken for each response, allowing for a new dimension of testing in the simulator. In real life scenarios where split-second decision making is crucial, officers will need to be confident in their ability to make good judgements in the shortest amount of time possible. Meridia’s audience response systems provide an elegant way to monitor all facets of these split-second decisions.

Meridia’s EZ-VOTE Connect system allows for both anonymous and identified responses, providing the department the opportunity to make full use of attitudinal polling. “We’ve been working in community engagement activities where we bring in groups of law enforcement officers and citizens from the same communities and put them into workshops, polling them about their impressions about fairly common policing issues of the day. Things like trust and legitimacy, social media, and 21st century policing. We poll them separately in discussions and come out with a reading of the temperature of at least five or six of these ideologies, and use them to create comprehensive action plans for the officers or the citizens.” – (Bob Stewart) The New York Police Department found success using the systems at their command staff retreat, where participants could vote on issues in the department without having to express an unpopular opinion. Oftentimes, the loudest voice in the room doesn’t represent the majority opinion of the group being polled, and other voices can be suppressed. Voting anonymously on attitudinal questions provided a wonderful opportunity for officers to express how they really felt without threat of retribution.