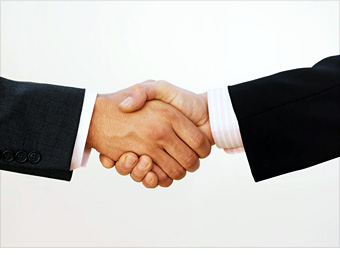 How can we avoid the headaches of a difficult, impending merger?

While two major investment banks were planning a merger, they encountered a big problem: How do you get two former competitors with different cultures to work together toward a common goal?

They conducted a series of strategic planning meetings with their senior managers to help them get to know one another and allow them to work more productively as a team.

Meridia Audience Response helped them measure the progress at each meeting.

Using the Meridia Audience Response keypad system, they polled the audience throughout a series of three-day events. They started out asking some general demographic questions and got an impression of how many people already knew each other. They then proceeded through the first day with questions that highlighted the problems facing the two companies and determined how well each company understood the situation.

Then on the last day, several of those same questions were repeated and the results were compared with those of the first day. Using this method, Meridia Audience Response was able to help the two companies determine how effective their conference was at reaching their intended goal. The results clearly indicated a difference between the first day and the final day of the conference.

And, since they also used Meridia’s services for the meeting evaluation, they were able to modify the agenda to better suit the audience for the next meeting.