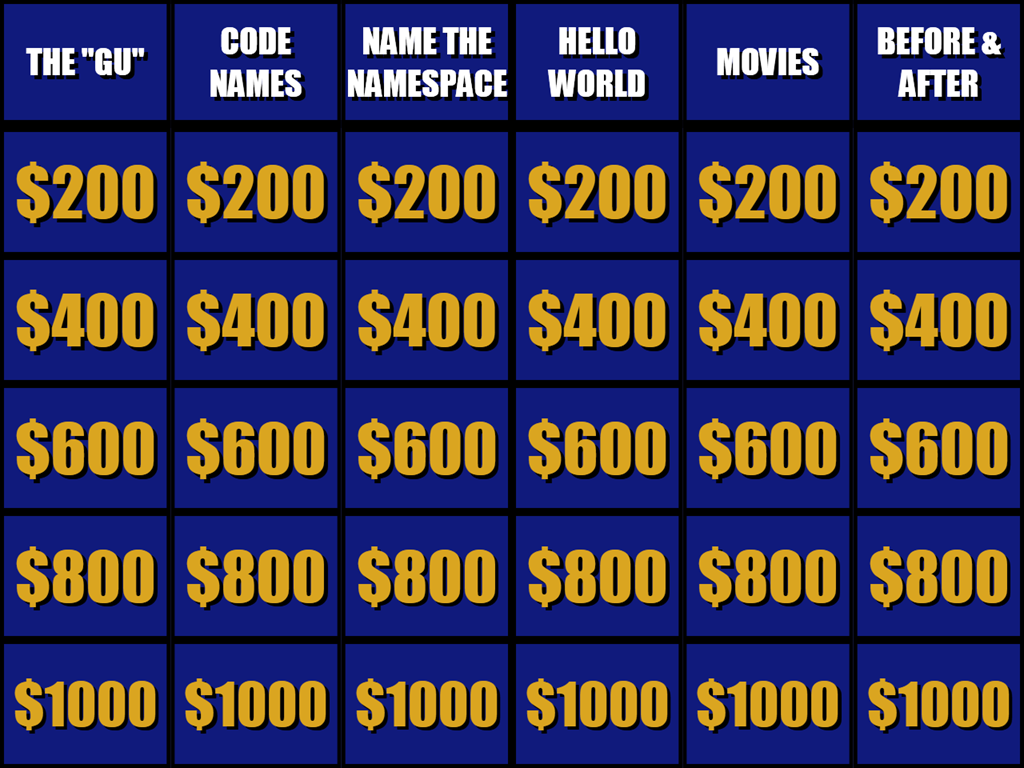 When it comes to adding zest to that dreaded corporate meeting, there are slide shows, video clips and Web-based presentations to consider. But few things can compete with a staff-wide game of “Who Wants a Millionaire?”, Survivor or Jeopardy.

“It generates an enormous amount of excitement,” said Sean McPeak, Sales Director at Meridia Interactive Solutions. “People can end up standing on their chairs and screaming for their team to win. These are meetings where people used to be stoic and reserved.”

Based in Malvern, PA, Meridia provides the technology and technicians for running a whole suite of corporate games, as well as other audience participation activities designed to keep employees awake and interested at staff meetings.

Games offered by Meridia are usually designed to test employee knowledge of companies’ products and policies, or to promote team-building skills. Questions are programmed into the system in advance, and responses can be instantly plotted in colorful graphs on a screen.

For large corporate meetings taking place in multiple cities simultaneously, Meridia has a satellite program that allows for collective feedback from staff members at all sites.

A Slide Into Audience Response

Rick Baker founded Meridia’s predecessor, Photo Communications Corp., in 1970 to make slides for presentations. Back then, it was acceptable for a corporate meeting to consist of nothing more than a person speaking from a podium, Baker said.

As the meeting planning industry grew up, so did Baker’s company. Today, Meridia focuses exclusively on providing audience response systems for meetings around the globe. Costs for the service range from $5,000 to $100,000 depending on the number of keypads and days required for a project.

Officials of the 25-person firm say Meridia is profitable and revenues are growing at a rate of 30 percent to 40 percent per year. The firm is working on new technology for conducting corporate meetings over the Web. The system would allow employees all over the world to participate in a meeting, and to see their responses tallied and published on the Internet in real-time.

Major law firms have used Meridia’s system at mock trials to test out arguments they are considering using in the courtroom. While an attorney is speaking, mock jury members simply press buttons on their keypads to show whether or not the arguments are convincing.

“I’ve seen dramatic reactions where lawyers will say something off the cuff, and it strikes the audience the wrong way,” McPeak said. “The lawyers will frantically scratch that out of their presentation.”

Meridia’s fastest growing markets are the medical and pharmaceutical industries. Both medical associations and pharmaceutical companies have used Meridia’s equipment at large conventions of doctors to collect, record and interpret data on doctor’s prescribing and diagnostic patterns.

Meridia’s real-time analysis software can also track audience feedback as a movie, television show or commercial is being viewed. As audience members rate the content in categories, such as plot, characters or music, the software can produce a continuous timeline of the feedback, and superimpose it over the picture to provide an instant glimpse at the impact of each scene or line of dialog. The timeline can even be split to show the reactions of two separate groups of people.

Meridia’s products have also been tapped for polling trade show audiences on their attitudes toward new products and brands. By having participants plug in information on themselves, manufacturers can easily learn whether or not their products are appealing to their target markets. Clients can also get information on how to improve a product.

“Companies are looking for more in-depth answers than ever,” McPeak said. “They are not only asking how you feel about a product, but what motivates you to feel that way. Then they are cross-referencing that with demographic information like occupation and income.”

Before using Meridia’s system, some companies were still using the pencil-and-paper method of conducting research, McPeak said. That method can mean hours, or even weeks, of compiling and analyzing data, he added.

Instructors, facilitators, lecturers and teachers conducting training sessions use Meridia’s systems to determine audience understanding. The system helps measure which topics students require advanced or basic study upon, ensuring that the knowledge of the class meets with learning objectives based upon the knowledge sets of the individuals present.

And when it comes to games, Meridia tries to keep up with the latest trends. For example, Meridia’s version of “Who Wants to Be a Millionaire?” allows teams that are stumped to consult a lifeline (usually a member of their company’s management team) for help on a question.

For the game based on the popular television series Survivor, Meridia also divides the audience into teams. Each must engage in a battle of wits in order to out-perform the other teams of castaways.