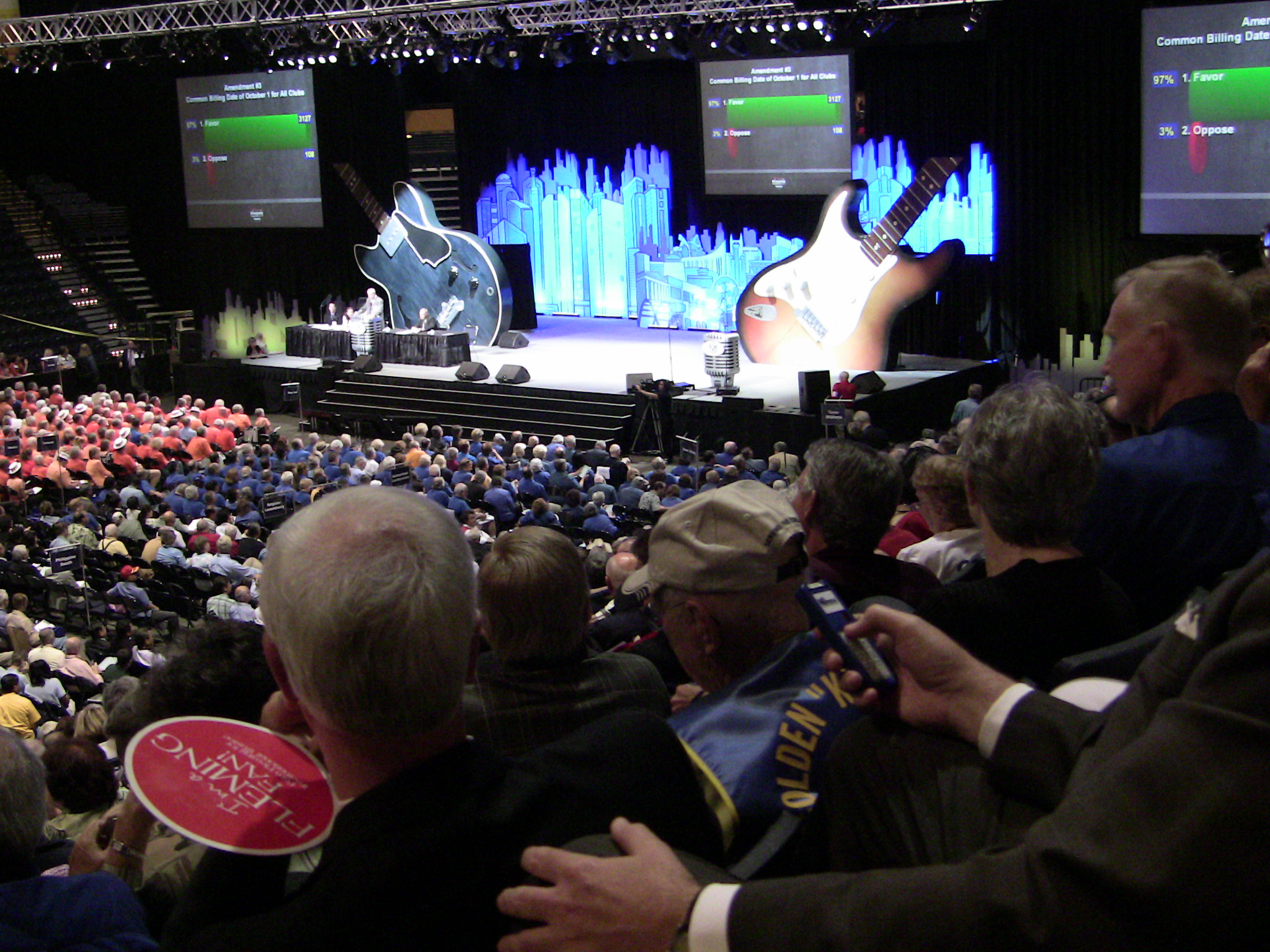 Thousands of Kiwanis Club members filled Nashville’s Sommet Center for their 2009 meeting and elections. For years, Kiwanis has used paper ballots to elect their officers and amend bylaws. Kiwanis brought Meridia on board to expedite their meeting and we did what cutting-edge technology does: we rose to the challenge.

The Sommet Center is home to the NHL’s Nashville Predators. If you ever thought your meeting was large, you’ve got another thing coming. Kiwanis used the Sommet Center in a theater-style arrangement allowing seating for 18,500. Kiwanis brought in 3,500 voting and several thousand nonvoting attendees for their annual meeting from all over the world. Counting 3,500 paper ballots and returning a result in the same meeting is no small undertaking. Counting 3,500 responses from the Meridia audience response system takes only moments and saves a lot of paper.

Attendees filed into the giant meeting space after collecting their keypad at the door, allowed them to sit anywhere they wished. The meeting got underway and after a practice question, some amendments were proposed for vote. Meridia provided instant results while the voting was reviewed by Kiwanis staff backstage. Meridia’s unique system allows each vote to be observed as it is cast, which enables election officials to validate results quickly and accurately. After that, individuals were voted into elected positions. These aren’t all simple vote-once-majority-wins votes. For one position, voters had to vote for three of five candidates and ballots that didn’t have three votes had to be thrown out according to the rules. A challenge? Not at all. Another position required a majority but there were three candidates.

What if only a plurality is reached? No problem. Within moments, the lowest vote-getter was dropped and the question was brought forward again with only two candidates.

These elections have taken two days in past years. Meridia was able to reduce this meeting by more than an entire day. Meetings are expensive, not that you don’t already know that. Kiwanis stated “we saved nearly $40,000 and that takes into account what Meridia charged us. Meridia didn’t cost us a penny, they saved us a whole day’s production and facility cost let alone how much each attendee saved by staying in a hotel one less night. By reducing the hotel and cost of meals for one day it makes it much more affordable for our members to attend the meeting.”