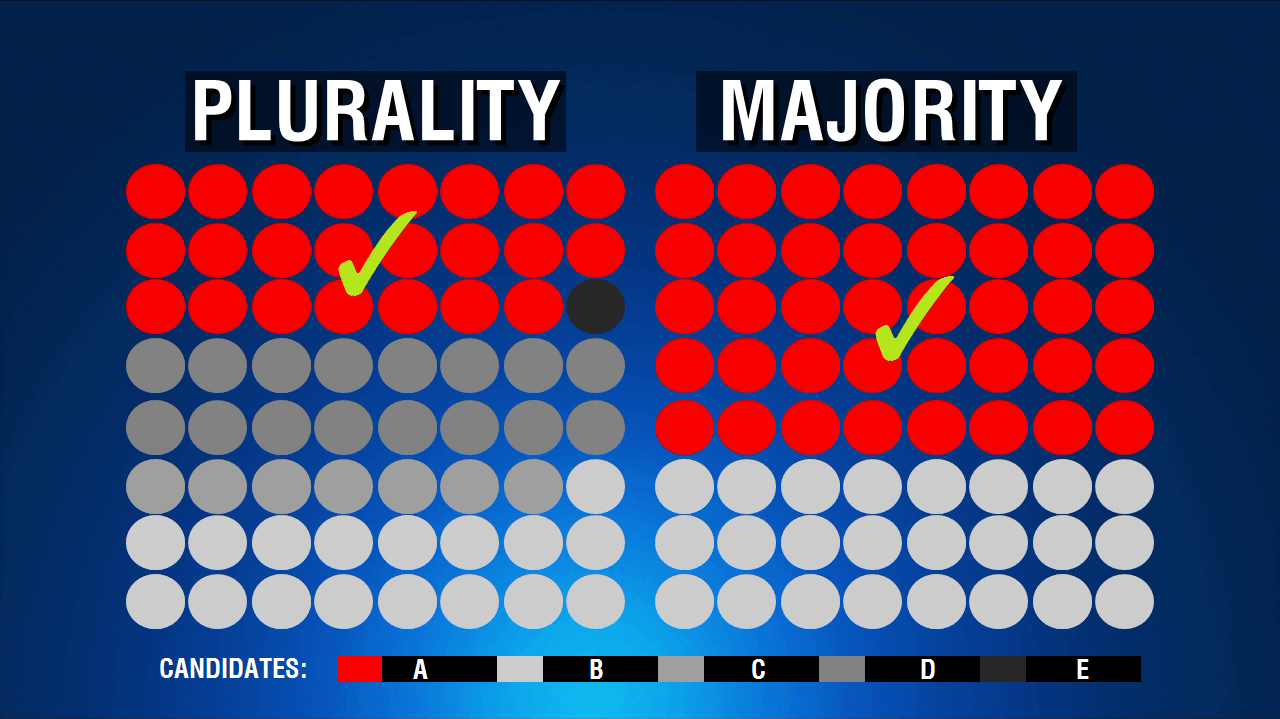 A Plurality by Any Other Name

When it comes to numbers, terms such as majority and minority are pretty well understood. Merriam Webster defines majority as “a number or percentage equaling more than half of a total” and minority as “the smaller in number of two groups constituting a whole” and goes on to qualify that by describing it as “a group having less than the number of votes necessary for control.”

Who is the Plurality Winner?

Does winning a plurality of the votes automatically make candidate A the winner of the contest? Naturally, the answer is, it depends.
In this case, it really depends on who’s running the elections. Winning a plurality of the votes in some elections would make candidate A the winner of that election. In 2018, in Pennsylvania’s 13th congressional district, Dr. John Joyce became the Republican party’s nominee on the November ballot by winning a plurality of only 22% of the vote in the primary (it was an eight-way race).
In other elections, the absence of a majority winner forces a run-off election between the two candidates who won the most votes. We saw this in 2018 in the primary elections in Georgia. In a multi-candidate contest to become the Republican party’s nominee for Governor on the November ballot, no one won more than 50% of the votes. Casey Cagle won a plurality of 38.9% and Brian Kemp came in second with 25.6% of the votes. A special run-off election was held, and Brian Kemp emerged the victor with a decisive majority (69.4% of the votes) and went on to become the Republican party nominee for Governor in the November election.

Other Factors in Determining the Winner