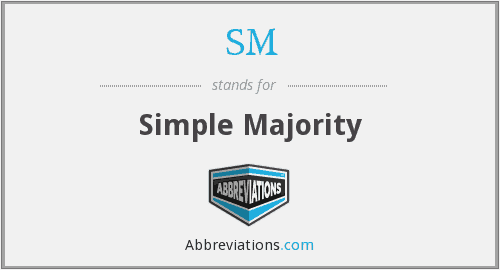 When most people think of voting, the determining tally most of us think of is a simple majority. That is, whoever receives one more vote than half the number of voters is the winner.

This method of tallying votes is perhaps the most familiar, used by everyone from governmental bodies to first graders deciding among a group of friends what game they’ll play.
As its name implies, it is the simplest form of determining a decision by a group. The candidate who receives the greatest number of votes out of those running for a seat is the winner. It’s easy for voters to wrap their heads around the concept and tallying such a vote requires rudimentary arithmetic.
However, it does have its downfalls. For example, in races where there are more than two candidates, such as a primary election, the victory can go to the candidate who has received the greatest number of votes among the other candidates. However, that victory in no way represents a mandate from voters, as the competing candidates could have collectively received more votes among them.

For instance, among a pool of four candidates nominated for a single seat, a winner can be determined from who gets the maximum number of votes. Among those candidates drawing votes from a pool of 50 voters, if three receive 10 votes and one receives 20, the one with the higher number of votes obviously wins. However, the fact remains that the voters overall preferred different candidates.
In such a situation, accuracy is paramount. Electronic voting technology like TownVOTE can be the first step in getting away from paper ballots or hand/voice votes and creating an easier voting process with guaranteed accuracy and transparency.