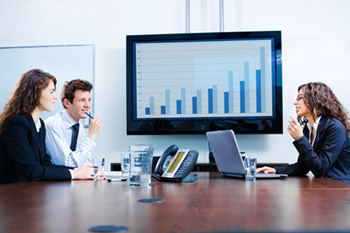 How do we address the most important issues at the annual meeting?

When a company planned their senior management meeting, they consulted Meridia Audience Response to help them make the most use out of the limited time they had scheduled for the meeting.

They used Meridia’s system to present 300 top managers with a list of topics that could be discussed during the meeting. The audience used their keypads to indicate which topics were most important to them. The system was then able to sort the list based on the feedback collected from the managers. This pushed the most important topics to the top of the list, so they were sure to be addressed in the short time available.

By using Meridia’s services to get instant feedback, the company officers were able to adjust their presentations for the benefit of the audience and cover the most important issues first. In addition, having the audience adjust the agenda gave the senior managers a sense of ownership in the conference.